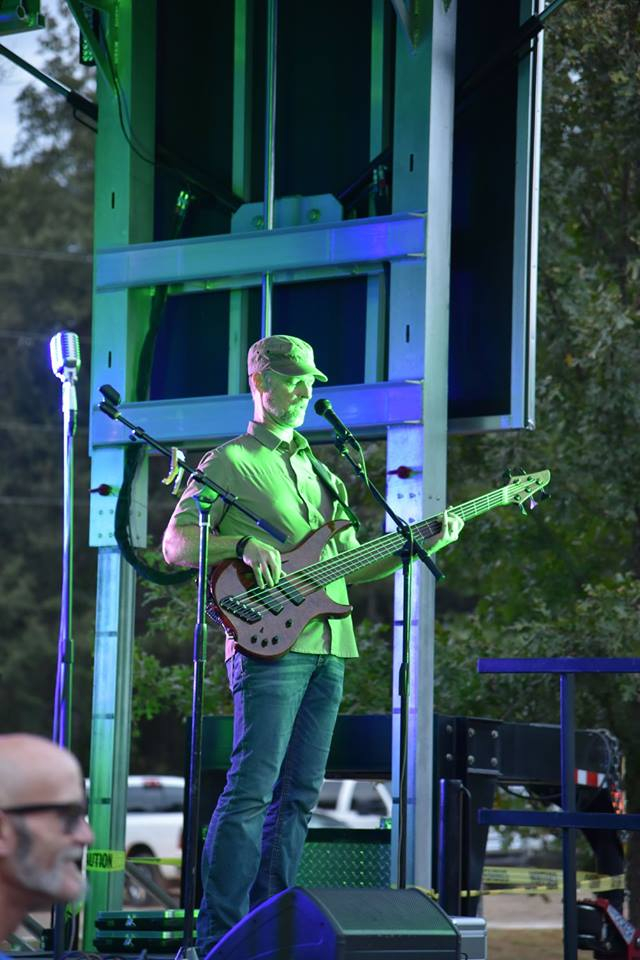 When he was born, the doctors told his parents that he’d never play bass. Even though he didn’t set out to prove them wrong, as he grew up his ear was drawn to what was happening in the rhythm section of his favorite bands. In his early twenties, while shopping for groceries, a guitarist took notice of his mullet and approached him about playing in his band. After explaining to him that despite his stylish hairstyle, he in fact had no musical skills. Undeterred, the enthusiastic six stringer insisted that he could teach him to play bass guitar. So, with a borrowed red Charvel, his least favorite color, Donnie began his journey down the low road less traveled. Now, by day he's a busy project manager chasing deadlines and trying to keep the promises of others, but by night he can be heard speaking softly and carrying a big stick with 5 strings. He enjoys being a part of a collective sound and likes to keep his guitarist close and his drummer closer. He’s never taken a selfie, but videos that he has played in have garnered tens of views on YouTube and Facebook alone.
Even though he’s the johnny come lately member in Scarlet Stitch, he is fairly punctual for a musician. After all, timing is an important trait for any bassist. Despite an AM/PM mix up for a gig that he hung us out to dry on, we’ve decided to keep him.